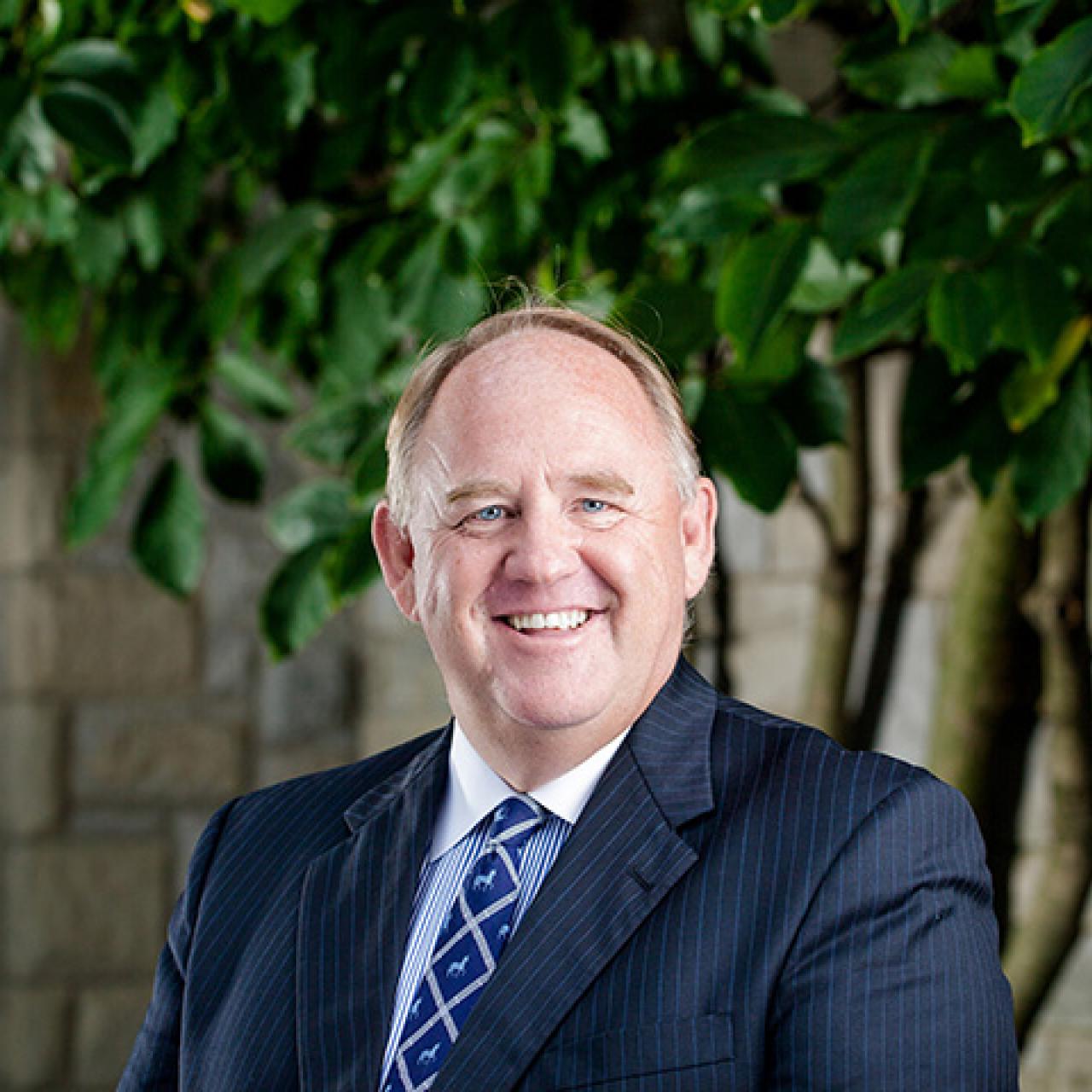 Bob Elliston joined Keeneland in 2016 after serving as executive vice president & COO of the Breeders’ Cup.

“As we celebrate our 80th year, it is fitting that we add someone of Bob’s caliber to the Keeneland family,” Keeneland President and CEO Bill Thomason said when the announcement was made. “His extensive experience in the industry will be a tremendous asset as we continue to fulfill our mission of providing racing at the highest level.”

“I have worked for 17 years in the Thoroughbred horse industry, and the last four years at the Breeders’ Cup were an extraordinary privilege," Elliston said. "None of it would have been possible, however, if not for the formative experiences I had on the grounds of Keeneland Race Course, first attending the races in college, then walking the fields where great race mares such as Princess Rooney and Gana Facil were producing beautiful foals. Today, I am humbled and excited to be part of this special place and work alongside such a tremendous team of professionals.”

Elliston was instrumental in the record-setting success of the inaugural Breeders’ Cup World Championships at Keeneland, held Oct. 30-31, 2015, and headlined by Triple Crown winner American Pharoah’s impressive victory in the $5 million Breeders’ Cup Classic (G1). In his role with the Breeders’ Cup, Elliston worked closely with Keeneland staff, its horsemen and Central Kentucky community and business leaders throughout the multiyear planning and execution process that produced one of the sport’s most memorable racing events.

“On behalf of his colleagues at the Breeders’ Cup, I want to thank Bob for his many contributions over the last four years and congratulate him on this exciting opportunity,” said Craig Fravel, President & CEO of Breeders’ Cup Limited. “It became even clearer last fall how important both the Breeders’ Cup and Keeneland are to Thoroughbred racing and how we share the same values and goals for our game. I look forward to working with Bob as he returns to his roots at Keeneland and wish him and our other friends at Keeneland the very best.”

An avid horse racing enthusiast his entire adult life, Elliston was President & CEO of Turfway Park in Northern Kentucky, a position he held for 13 years before joining Breeders’ Cup. He currently serves on the Board of the Thoroughbred Aftercare Alliance, and has earned the Kentucky HBPA’s Man of the Year distinction and the Kentucky Harness Horsemen’s Presidential Award for distinguished service. Previously, he was Executive Chairman of the National Thoroughbred Racing Association Board of Directors and Treasurer of the Kentucky Equine Education Project (KEEP) Board.

Elliston also is active within the Central Kentucky community, serving on the boards of the Lexington Center Corporation and LexArts.

Bob and his wife, Sharon, an attorney, have two daughters, Abby and Haley.