Champion Abel Tasman, who won the 2017 Kentucky Oaks (G1) and five other Grade 1 races while earning nearly $2.8 million in her career, will be offered as a broodmare prospect by Taylor Made Sales Agency at Keeneland’s 2019 January Horses of All Ages Sale. 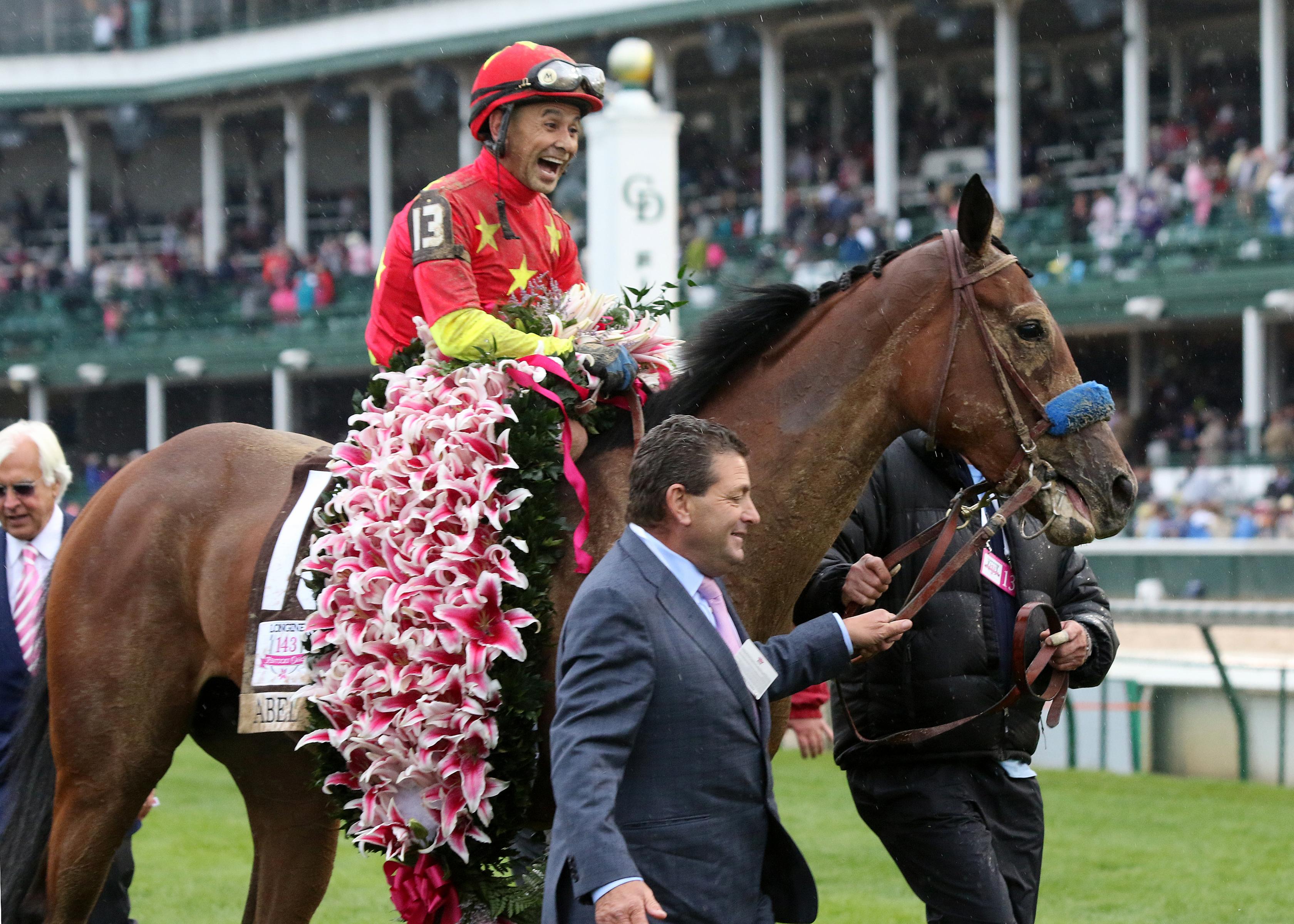 “What can I say? Abel Tasman is a rare collector’s item,” said Mark Taylor, Taylor Made’s Vice President of Marketing and Public Sales Operations. “She is a future first ballot Hall of Fame inductee. We are privileged to have the opportunity to present her to the best breeders from around the globe.”

Trained by Bob Baffert for China Horse Club and breeder Clearsky Farms, Abel Tasman ranks as one of the finest distaffers of her generation with Grade 1 victories at 2, 3 and 4 at Churchill Downs, Belmont Park, Saratoga and Los Alamitos. Six of her eight career wins came in Grade 1 stakes with runner-up finishes in three additional Grade 1 events. In a testament to her talent and versatility, Abel Tasman won at distances of 7 furlongs to 1 1/8 miles, scoring from off the pace and triumphing in gate-to-wire fashion.

“Abel Tasman provided China Horse Club with some of its greatest highlights and an introduction to U.S. racing,” said Michael Wallace, head of bloodstock for China Horse Club. “We were very privileged to race our champion mare with Clearsky Farms. I’ll remember her as extremely talented, brave and very sound. We look forward to someone else now taking on her breeding career.”

Abel Tasman flashed brilliance at 2, winning three consecutive races capped by a 1-length victory in the Starlet (G1) at Los Alamitos in her stakes debut.

She exceled the following year when she defeated the sport’s most accomplished distaffers to earn the Eclipse Award as champion 3-year-old filly. Among the most celebrated achievements of her championship season was a decisive 1¼-length victory in the Kentucky Oaks at Churchill. Her success continued in New York, where she pulled clear to win the Acorn (G1) at Belmont and next defeated future Grade 1 winner Elate in the Coaching Club American Oaks (G1) at Saratoga.

“(Abel Tasman) actually reminds me a lot of (Triple Crown winner) American Pharoah because she’s so smart,” Baffert told Alicia Wincze Hughes of BloodHorse earlier this year. “And she tries hard every time, that’s what we love about her. That’s the thing with the good ones, they try hard every time.”

Abel Tasman faced older rivals for the first time in the Breeders’ Cup Distaff (G1) at Del Mar. The filly’s narrow loss in the Distaff to eventual champion older mare Forever Unbridled secured for her the Eclipse as champion 3-year-old filly.

This summer, Abel Tasman’s talents were on full display as she returned to New York to take on the East Coast’s best fillies and mares. Sent off as the even-money favorite for the Ogden Phipps (G1) at Belmont, she led from the start and rolled to a 7½-length victory as the 123-pound top weight. In another front-running performance, this time at Saratoga, she refused to relinquish the lead, holding off Elate by a neck to win the Personal Ensign (G1).

In her final two races, Abel Tasman contested the Zenyatta (G1) at Santa Anita and the Breeders’ Cup Distaff at Churchill. She retired with eight wins and four seconds in 16 starts and earnings of $2,793,385.

“Abel Tasman had the same qualities a lot of great racehorses seem to have but what really stood out to me was her grit, courage and determination,” said breeder and co-owner Bernard Cleary of Clearsky Farms. “The Personal Ensign especially was a race where she really showed her heart and refused to be beaten. It’s bittersweet to see her move to another home but hopefully her new owner will enjoy her as much as we have.”

Abel Tasman is out of the Deputy Minister mare Vargas Girl, a half-sister to Grade 1 winner Bevo and Grade 3 winner Moonlight Sonata. She is a half-sister to Grade 3 winner Sky Girl and from the family of Grade 2 winners Wilburn and Beethoven. Additionally, Abel Tasman is the leading earner for her sire, Quality Road, and is behind only Grade 2 winner Gunnevera and champion West Coast – both males – on the list of leading earners foaled in 2014.

“Abel Tasman was the hallmark of consistency with outstanding performances from coast to coast throughout her three seasons of racing,” Keeneland Vice President of Racing and Sales Bob Elliston said. “Keeneland is pleased to offer this champion filly at the January Sale. She is certain to attract the attention of major buyers around the world.”