Ciaglia Racing, Highland Yard, River Oak Farm and Dominic Savides’ Venetian Harbor set an uncontested pace and had enough left to hold off a late bid from Finite by a neck to win the 22nd running of the $200,000 Lexus Raven Run (G2) for 3-year-old fillies.

Trained by Richard Baltas and ridden by Manny Franco, Venetian Harbor covered the 7 furlongs on a fast main track in 1:23.03. After the race, her connections indicated the filly would be pointed to the $1 million Breeders’ Cup Filly and Mare Sprint (G1) at Keeneland on Nov. 7. 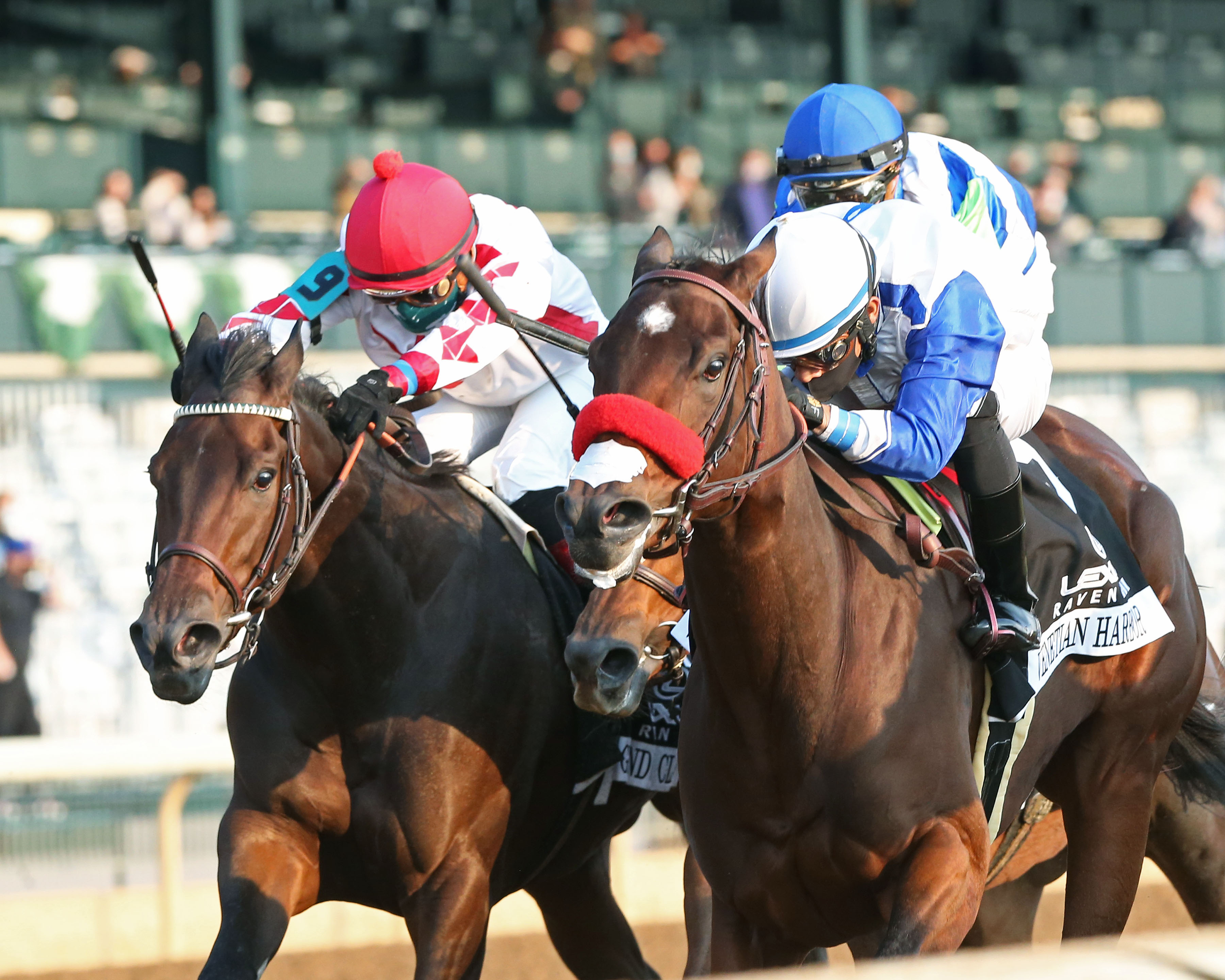 Rallying from the back of the pack, Finite shifted toward the rail at midstretch and was gaining ground on Venetian Harbor to her inside but ran out of ground.

A Keeneland sales graduate, Venetian Harbor is a Kentucky-bred daughter of Munnings out of the Street Cry (IRE) mare Sounds of the City. The victory was worth $120,000 and increased her earnings to $503,400 with a record of 7-3-4-0 that now includes two Grade 2 victories.

Prior to today’s victory, Venetian Harbor was second to Swiss Skydiver in the Fantasy (G3) at Oaklawn Park, second to Speech in the Central Bank Ashland (G1) at Keeneland on July 11 and was second to Gamine in the Test (G1) at Saratoga.

Reagan’s Edge finished another nose back in fourth and was followed in order by Tonalist’s Shape, Secondary Market, Four Graces and Secret Keeper.

Racing continues Sunday with a nine-race program beginning at 1:05 p.m. ET that is headlined by the 29th running of the $125,000 Rood & Riddle Dowager (G3) for fillies and mares going 1½ miles on the turf course. Scheduled as the eighth race, post time for the Rood & Riddle Dowager is 4:57 p.m.