The ultra-consistent Ollie’s Candy, a Grade 1 winner on dirt who is Grade 1-placed on turf, is scheduled to compete in the Breeders’ Cup Distaff (G1) at Keeneland on Nov. 7 and two days later be offered as a racing or broodmare prospect during the premier Book 1 of the Keeneland November Breeding Stock Sale. Taylor Made Sales Agency, agent, will consign the 5-year-old daughter of leading sire Candy Ride (ARG), who has been first, second or third in 12 of 14 starts from coast to coast while defeating 24 graded winners and nine Grade 1 winners. She has earned $830,151.

“Ollie’s Candy’s Grade 1 talent combined with her pedigree and conformation make her a tremendous prospect to offer this November,” said Mark Taylor, Taylor Made’s Vice President of Marketing and Public Sales Operations. “I also love the fact that she is an open book to breed to many of the top stallions from around the globe.” 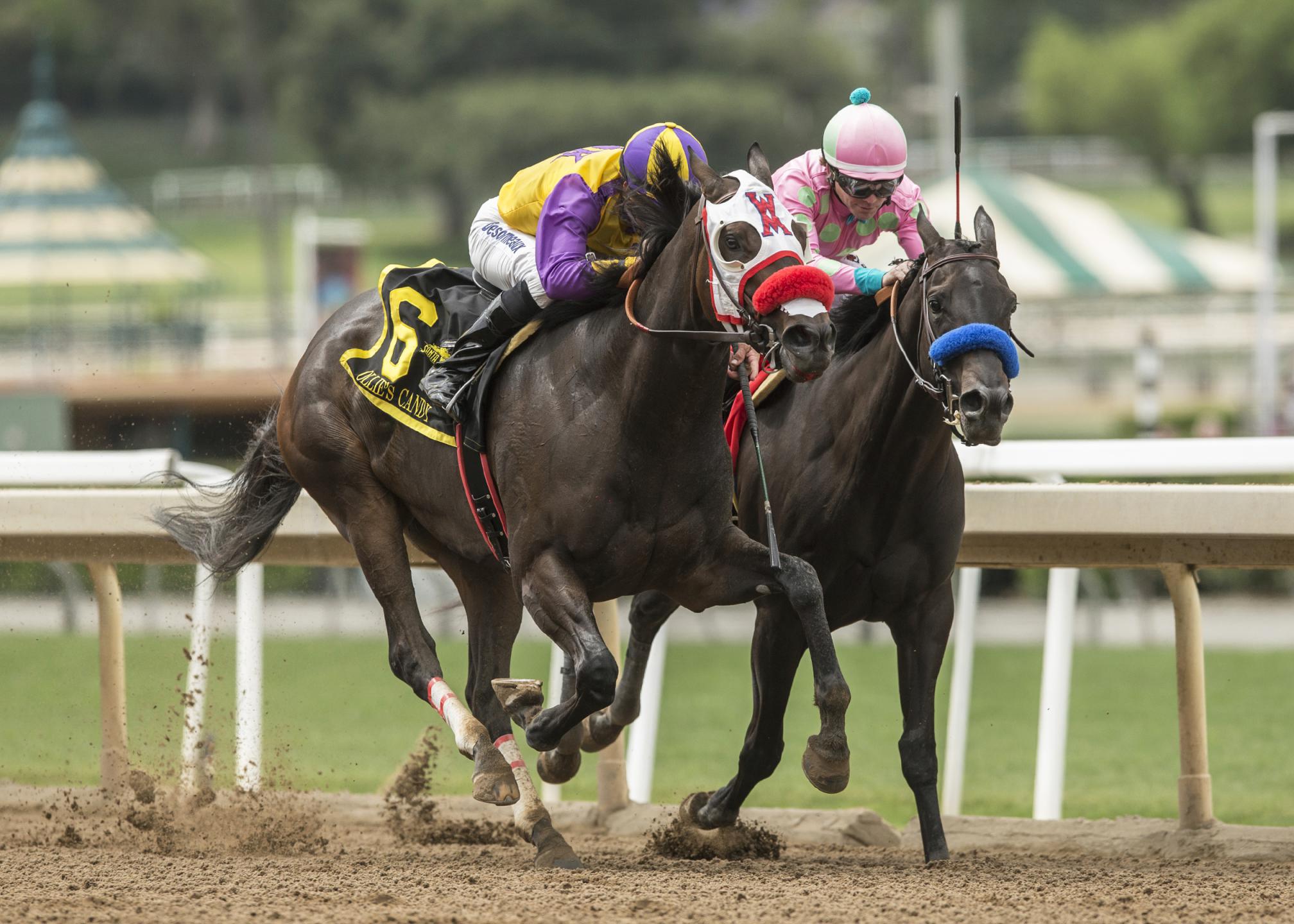 Ollie’s Candy, an alumnus of Keeneland’s 2016 September Yearling Sale, is out of Afternoon Stroll, a daughter of Stroll who won Keeneland’s Appalachian (G3) and is the dam of three winners from three foals.

Based in Southern California, Ollie’s Candy has competed at the highest level of her division while traveling across the U.S. She won the 2019 Clement L. Hirsch (G1) at Del Mar and was second in the race this year. Her 2020 campaign also includes a second in the Apple Blossom (G1) at Oaklawn and third-place finishes in the Beholder Mile (G1) at Santa Anita and Ogden Phipps (G1) at Belmont.

The mare is pointed to the Oct. 4 Juddmonte Spinster (G1) at Keeneland during the prestigious Fall Stars Weekend on the opening three days of the Fall Meet. The stakes is a “Win and You’re In” race for the Breeders’ Cup Distaff.

Ollie’s Candy has been an outstanding performer since she began her career at 3 and won her first three races, including the Summertime Oaks (G2) at Santa Anita. On turf at Del Mar, she was second in both the Del Mar Oaks Presented by The Jockey Club (G1) and San Clemente (G2).

Last year, Ollie’s Candy won the Clement L. Hirsch after finishing second in the Wilshire (G3) on turf at Santa Anita. She also was third in the Zenyatta (G2) and fourth in the Breeders’ Cup Distaff at Santa Anita.

“Ollie’s Candy exemplifies the finest in Thoroughbred racing and has a global appeal that makes her an invaluable addition to any broodmare band,” Keeneland President-Elect and Interim Head of Sales Shannon Arvin said. “Keeneland is pleased to offer a broodmare prospect of her class, talent and promise.”