WinStar Racing, agent, consigned New York Central, an earner of $335,310 whose four wins include the 2019 Maryland Sprint Stakes (G3). A half-brother to Grade 2 winner Corfu, the colt is out of Fashion Cat, by Forest Wildcat, and from the family of Grade 1 winner Peace Rules. 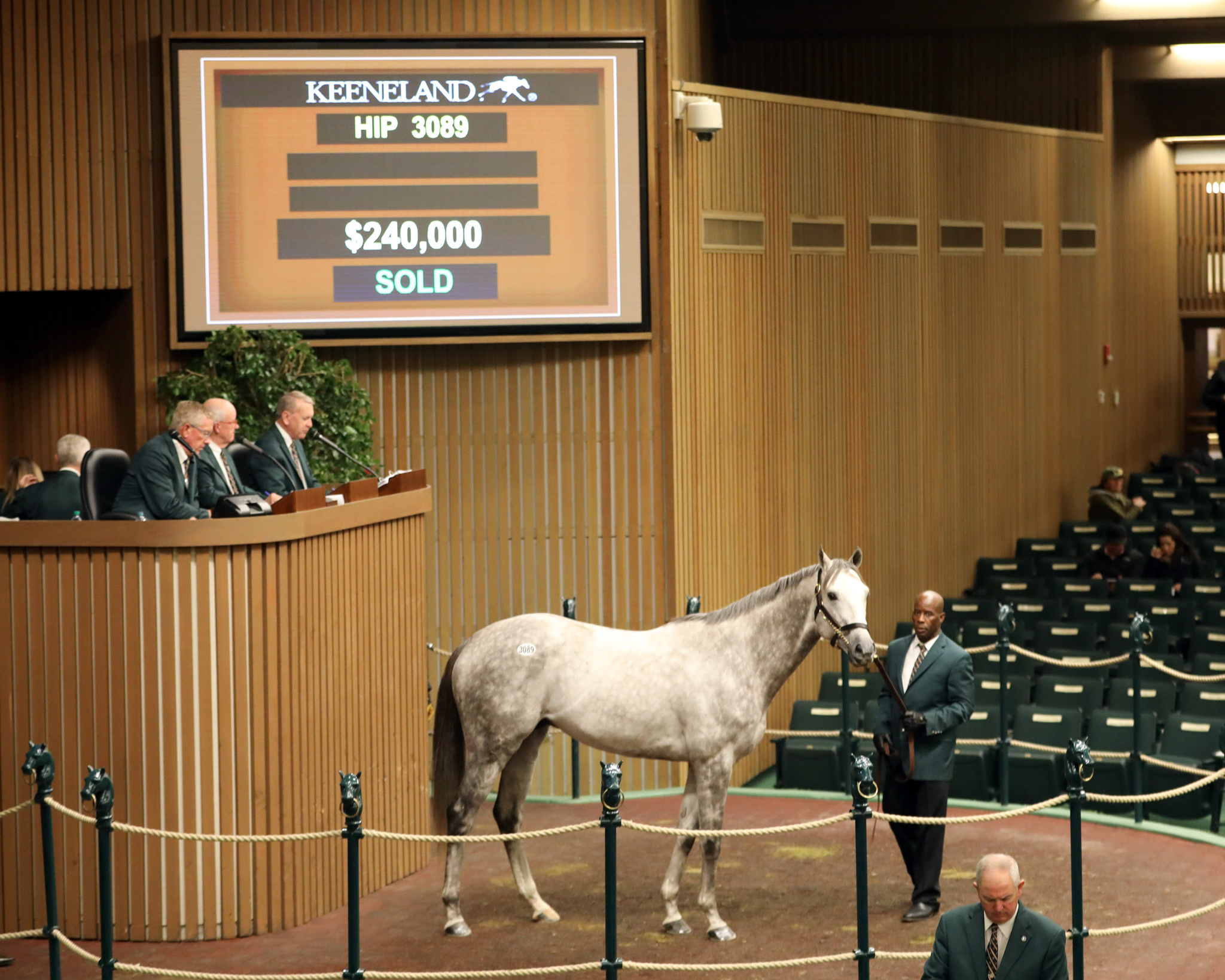 WinStar Racing was the session’s leading consignor with sales of $1,634,500 for 18 horses.

Mishref said New York Central would be sent to Saudi Arabia, also the destination of his $325,000 session-topping purchase on Wednesday, Liam’s Legend. New York Central is to be pointed at the $1.5 million Dirt Sprint in February 2020 on the undercard of the $20 million Saudi Cup at King Abdulaziz Racetrack.

“Hopefully he will do well for us,” Mishref said. “He looks good as an individual. I love his conformation, and he’s filled out. Hopefully, the son of Tapit will do well. He could be a stallion prospect in Saudi Arabia down the road; step by step, we’re going to try and promote the breeding in the long run.”

Steven W. Young, agent, paid $200,000 for One Eyed Jack, a 3-year-old Uncle Mo colt who has finished second and third in his two career starts. Consigned by Claiborne Farm, agent, One Eyed Jack is out of the stakes-placed Street Sense mare Free Money and is from the family of Grade 3 winner Doctor Mounty and stakes winner Dabster.

Four horses of racing age sold for $190,000 each. Mike Ryan, agent, the session’s leading buyer with four purchases for $410,000, acquired two of them: Annals of Time, a 6-year-old son of Temple City who won the Sword Dancer (G1) in his most recent start; and Build to Suit, a 5-year-old son of Dominus who is a half-brother to Grade 1 winner Bolo. Build to Suit has won six of his 10 career starts. Both horses were consigned by ELiTE, agent.

Wednesday’s top-priced broodmare is Magical Ride, dam of Preakness (G1) runner-up Ride On Curlin in foal to Lookin At Lucky, who was purchased by Empire Thoroughbreds, agent, for $170,000. Lane’s End, agent, consigned the 15-year-old daughter of Storm Cat who is out of Grade 1 winner Victory Ride, by Seeking the Gold.

At $67,000, the top-priced weanling is a colt by Midshipman sold to Scoot Stables. Pope McLean (Crestwood Farm), agent, consigned the colt, who is out of the Petionville mare Sharp Finnish and is from the family of Grade 3 winners Baby J and Hot Brush.

The November Sale continues Thursday at 10 a.m. ET. The auction runs through Sunday with all sessions beginning at 10 a.m.