For the first time in 60 years, Keeneland opened its Spring Meet on a Thursday, a day earlier than usual, with a special celebration featuring a 3 p.m. post time, the inaugural Palisades Turf Sprint and the popular Central Bank Thursday Night Live, held for the first time at Keeneland. 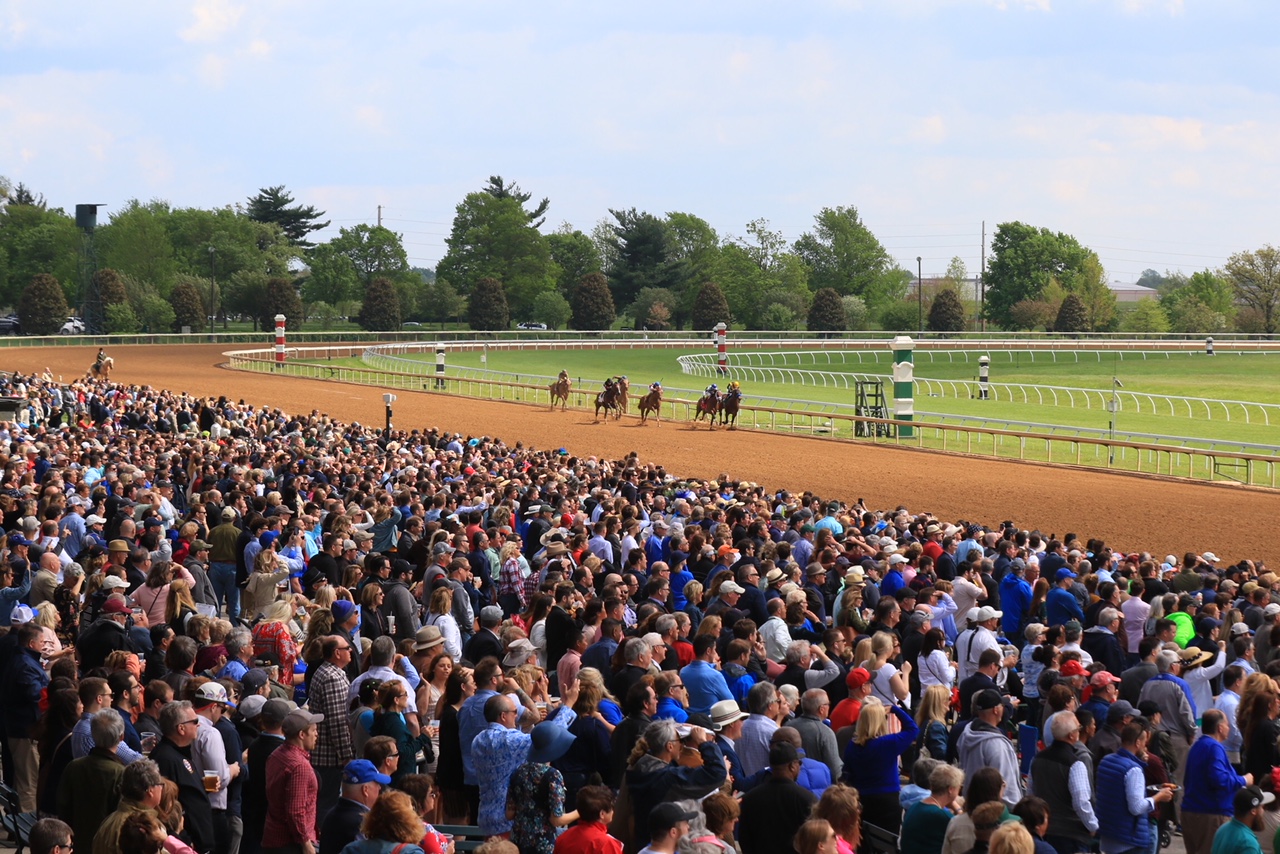 “The extraordinary support and sense of pride the Central Kentucky community demonstrates time and again for Keeneland are truly gratifying,” Keeneland President and CEO Bill Thomason said. “Keeneland’s success is a team effort with contributions from horsemen, sponsors, media partners, local businesses and hospitality, staff, and most of all, our loyal fans. They are the reason we strive to create the most memorable racing experiences possible for each of our guests.”

Keeneland offered record average daily purses of $770,618 this spring, up 7.84 percent from 2018 to rank among the richest in North America, attracting Thoroughbred racing’s most talented trainers and jockeys.

Keeneland expanded its 2019 Spring Meet stakes schedule this year to include two new stakes, both $100,000 turf sprints, for a total of 18 stakes worth a season record $4.6 million in purse money.

Five graded stakes were carded for opening Saturday, anchored by the $1 million Toyota Blue Grass (G2) and $500,000 Central Bank Ashland (G1), major preps on the Roads to the Kentucky Derby (G1) and Kentucky Oaks (G1), respectively. Vekoma was an authoritative winner of the Toyota Blue Grass, earning 100 points to establish himself as a leading contender for the Kentucky Derby. Out for a Spin won the Central Bank Ashland to rank among the top point earners on the Kentucky Oaks leaderboard. 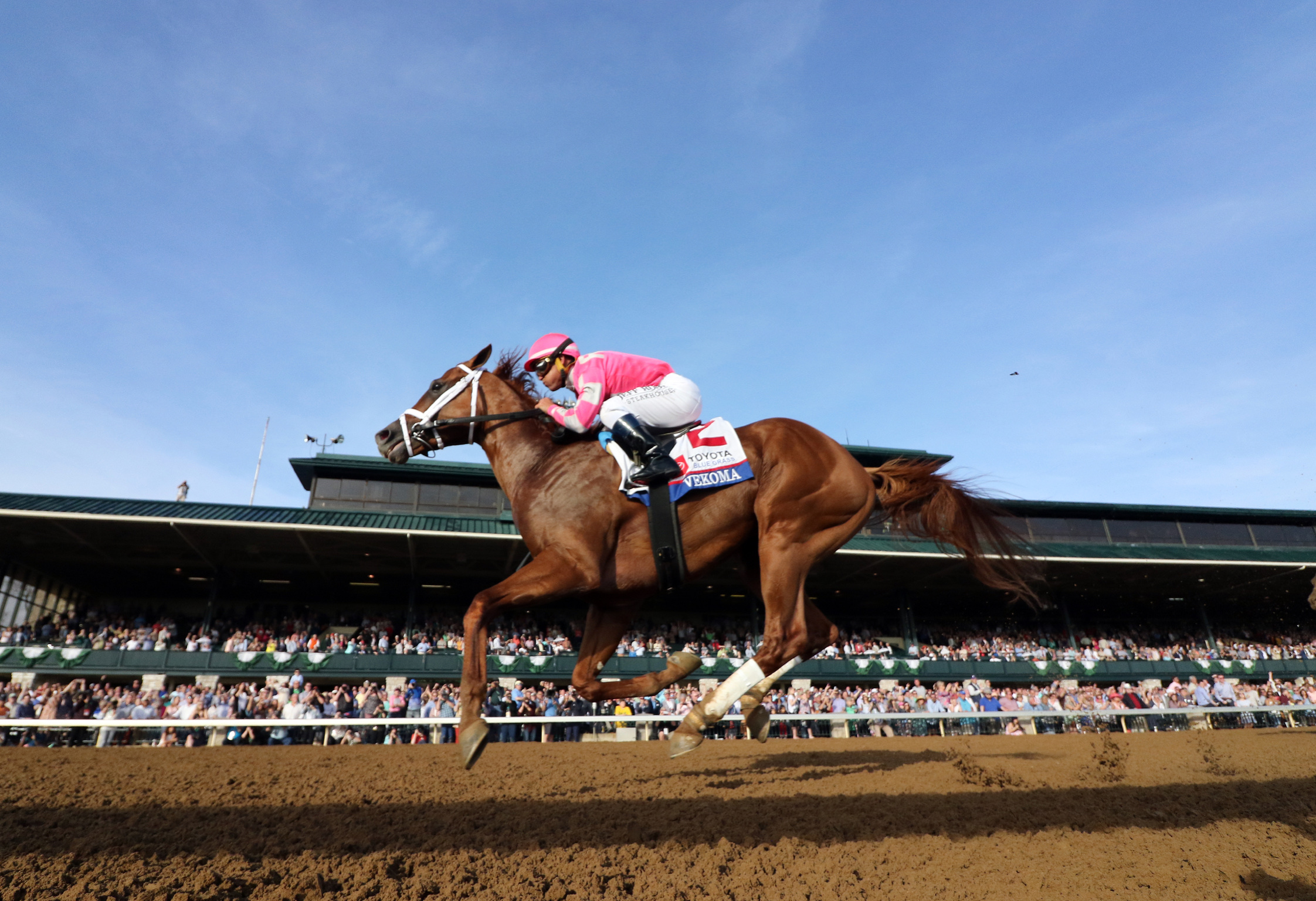 Rushing Fall earned her fourth Keeneland stakes victory with a win in the Coolmore Jenny Wiley (G1) on April 13 to tie her with Take Charge Lady for the second highest number of stakes wins at Keeneland behind only Wise Dan’s seven stakes victories.

“We owe a huge thanks to our horsemen; the level of racing at Keeneland this spring was exceptional,” Keeneland Vice President of Racing and Sales Bob Elliston said. “And the competition isn’t limited to the equine stars. The convergence of the nation’s leading owners, trainers and jockeys at Keeneland in the spring makes for a spirited race for meet leader honors, which always seem to go down to the wire on closing day.”

As a complement to the spectacular racing, Keeneland offered a full slate of special events that benefited the horse industry and the Central Kentucky community.

Keeneland hosted three fundraising events in support of jockeys. Current and retired riders participated in a jockey autograph session on opening day that raised $6,740 for the Permanently Disabled Jockeys Fund (PDJF). Keeneland also was a host site for the second TVG-PDJF Telethon on April 7 that netted $250,000 in donations from fans who were able to speak with Hall of Fame jockeys and TVG personalities. A second jockey autograph signing on Horses and Hope Pink Day, April 25, raised $3,552 for the Shantel Lanerie Breast Cancer Foundation.

More than 2,500 students registered to participate in the popular College Scholarship Day on April 5, which offered $30,000 in scholarship money, including two $10,000 Runhappy Scholarships and $1,000 scholarships awarded after each of the day’s 10 races. Jim and Linda McIngvale, owners of champion Runhappy who stands at Claiborne Farm in Paris, Kentucky, make the Runhappy Scholarships possible. Keeneland hosts College Scholarship Day in partnership with the Kentucky Thoroughbred Association. The event has distributed nearly $380,000 at Keeneland since it began during the 2002 Fall Meet.

Keeneland honored active and veteran military members and their families during Military Day at the Races Presented by Marathon on April 14. In honor of Month of the Military Child, Keeneland hosted activities for children throughout the day. Also featured among the many special presentations was the unfurling of a 40’ x 60’ American flag on Keeneland’s main track.

The race for Spring Meet leading owner, trainer and jockey titles remained undecided until the final races on closing day.

Wesley Ward recorded 11 wins to capture his fifth leading trainer title at Keeneland. Ward previously won titles in the Spring 2018 (tie), 2017 and 2012 and in the Fall of 2012. Among his wins this meet was a victory with The Mackem Bullet (IRE) in the Appalachian (G2) Presented by Japan Racing Association.

Florent Geroux earned his second leading rider title with 15 wins. He previously won in the spring of 2018. Geroux’s total was boosted by three-win days on April 13 and April 19 and included a victory in the Stonestreet Lexington with Owendale.

Three jockeys – Javier Castellano, Tyler Gaffalione and Luis Saez – tied for second in the standings with 14 wins each. Castellano won the aforementioned six stakes during the meet and recorded three-win days on April 6 and April 12. Gaffalione’s victories were highlighted by a three-win day on April 18 and victories in the Appalachian with The Mackem Bullet and Dixiana Elkhorn with Bigger Picture. Saez enjoyed a three-win day on April 10 and won the Beaumont (G3) Presented by Keeneland Select aboard Fancy Dress Party.