Hal Price Headley – one of the prime, and perhaps most important, of the original organizers of Keeneland – is among the 12 people being inducted today into the Racing Hall of Fame as Pillars of the Turf.

Headley (1888-1962), a native of Lexington, returned to his home state in 1908 from Princeton University to take over management of his family’s farms, Beaumont and La Belle. In 1912, Headley began to actively purchase horses for his own stable and throughout the next half-century became one of the foremost breeders in America. Headley bred the champions Alcibiades, Apogee, Menow and Askmenow among a total of 88 stakes winners between 1916 and 1953. 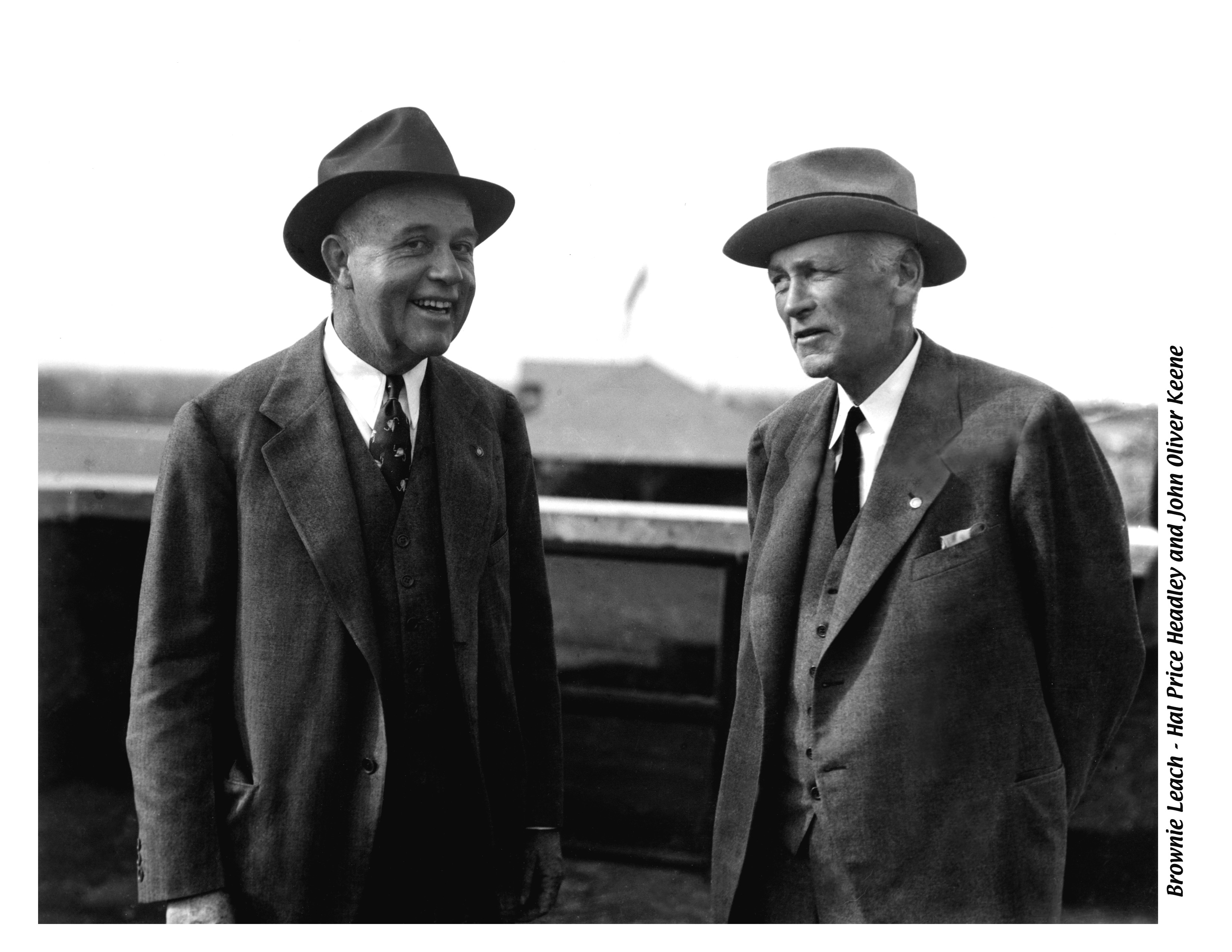 Lexington’s Thoroughbred racing suffered a hiatus of nearly a decade after the Kentucky Association track was shut down in 1927, ending more than a century of activity. Keeneland opened in the fall of 1936 with Headley serving as its first president, a post he held until 1951. To aid the track in its early years, Headley provided workers and mules from his own farm to help operations.

Upon his death in 1962, The Blood-Horse stated: “In all-around mastery of the various aspects of Thoroughbred racing and breeding, Hal Price Headley had no equal among his contemporaries.”

Other Pillars with Keeneland ties include Campbell, founder of Dogwood Stable, which earned its first victory in the 1971 Alcibiades with Mrs. Cornwallis; Chenery, whose Meadow Stable won the 1972 Blue Grass with Riva Ridge; Galbreath, founder of Darby Dan Farm, whose Chateaugay won the 1963 Blue Grass; Hancock, who established Claiborne Farm in Paris, Kentucky, and was a Trustee of the Keeneland Association upon its formation; and Whitney, who won three runnings of the Blue Grass.

The ceremony begins today, August 3 at 10:30 EST and will be streamed live at www.racingmuseum.org as well as on the National Museum of Racing's Facebook page.