Two graduates of Keeneland’s 2016 September Yearling Sale – 5-2 favorite Monomoy Girl and Wonder Gadot – battled down the Churchill Downs stretch in Friday’s 144thrunning of the $1 million Kentucky Oaks (G1) with Monomoy Girl prevailing by a half-length in the 1 1/8-mile classic for 3-year-old fillies. 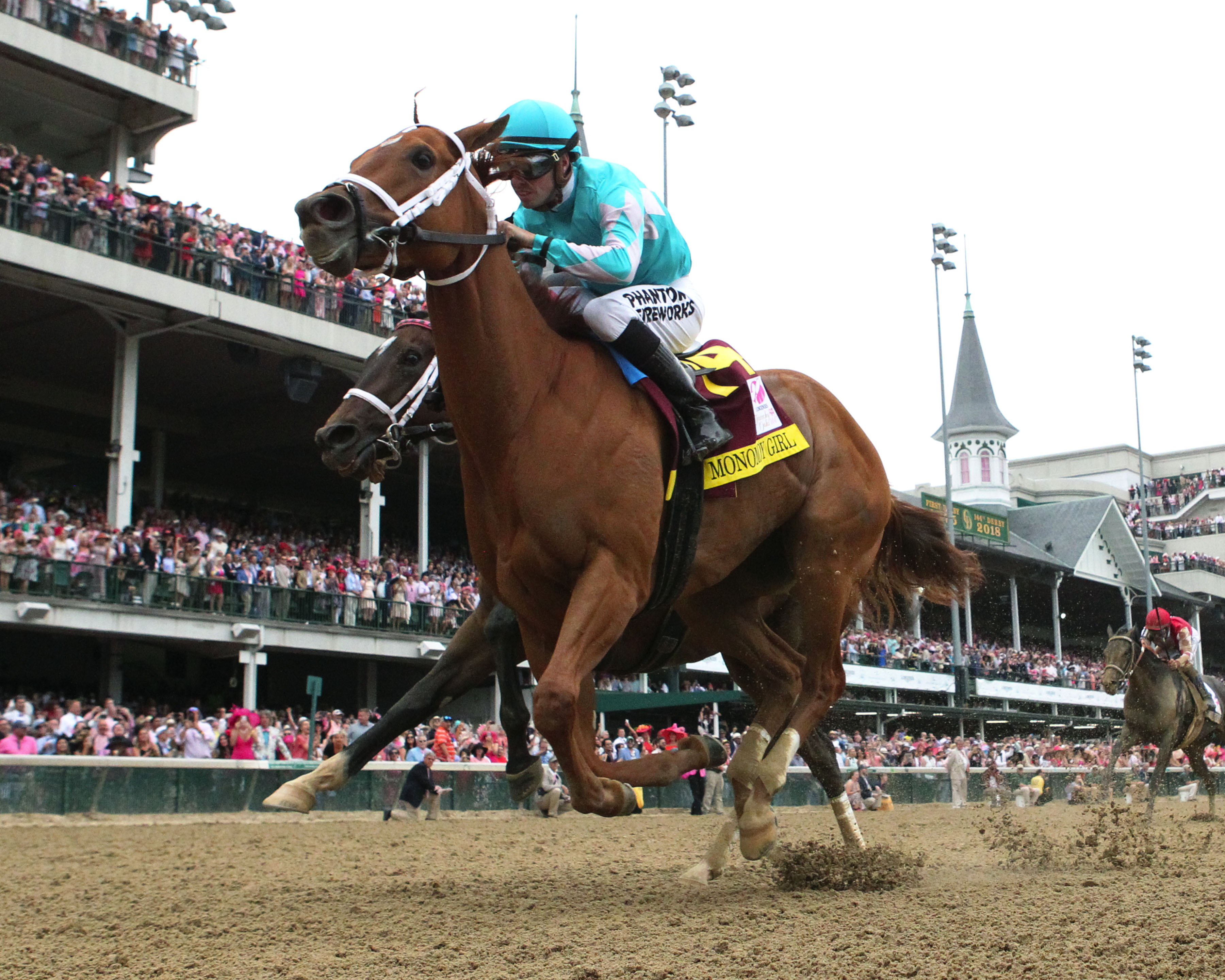 “What a battle,” winning trainer Brad Cox said. “Two really nice fillies hooked up at the quarter pole. Florent (Geroux) did a great job. She responded and dug in. It was an amazing victory.”

The 3-year-old daughter of Tapizar, bred in Kentucky by FPF and Highfield Ranch, was consigned to Keeneland’s 2016 September Yearling Sale by Gainesway, agent. She sold for $100,000 to BSW Bloodstock/Liz Crow, agent.

A total of eight Keeneland sales alumni were among the 14 runners in the Kentucky Oaks. Runner-up Wonder Gadot sold for $80,000 at the September Sale.