Liam’s Legend, a 2-year-old son of Liam’s Map who won on closing day of Keeneland’s recent Fall Meet, sold to Khalid Mishref for $325,000 to lead a solid day of trade during Tuesday’s session of the Keeneland November Breeding Stock Sale.

Indian Creek, agent, consigned the colt, who is a half-brother to stakes winner Kenda. 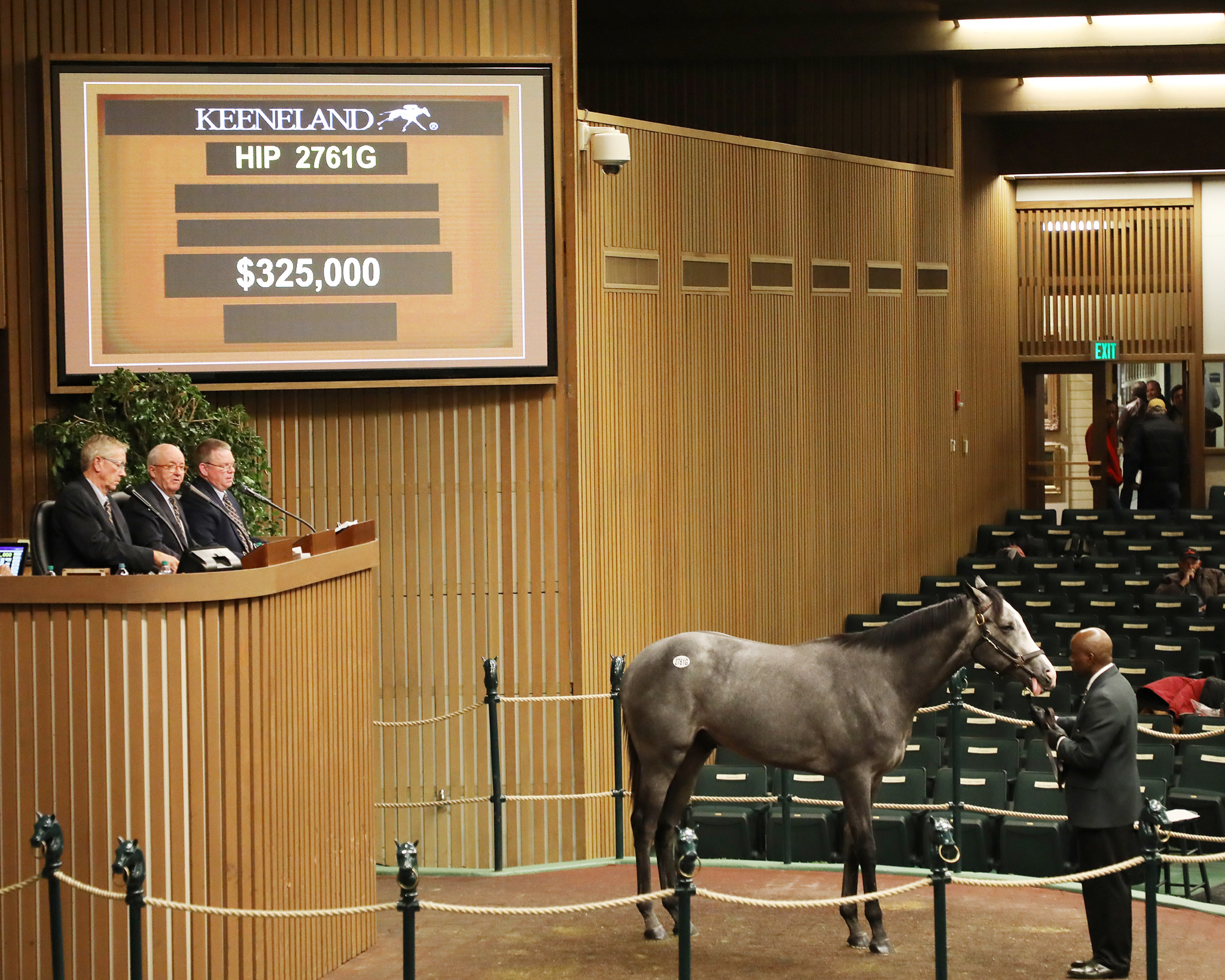 Liam’s Legend was supplemented to the November Sale and was the final horse offered Tuesday, the first of two days of the auction that includes a selection of horses of racing age. The colt is out of the stakes-winning Cherokee Run mare Indian Legend and is from the family of Grade 3 winner Cherokee Queen.

Mishref, the session’s leading buyer with the purchase of Liam’s Legend, said the colt would race in Saudi Arabia with the possibility of racing in Dubai.

“He will suit the track in Saudi Arabia,” Mishref said. “He will like the distance. As a 2-year-old, he already won at a mile and an eighth (the distance of his Oct. 26 win at Keeneland). We are targeting eight, nine, 10 furlongs. He might have potential for the (2021) $20 million Saudi Cup.”

“It was a fair price for a horse who has proven she is a stakes runner,” Clay Scherer, who signed the ticket, said. “She will go to Brad Cox at Fair Grounds and then to (Cox’s Oaklawn Park division) when they open. Keeneland does a great job (offering) racehorses that are ready to go. They offer a great ready-made product. People have had success here, so why not strike? She has clear residual value, so we are in great shape.”

Ingordo said Combatant would be sent to trainer John Sadler in Southern California.

“This horse has done enough early in his career,” Ingordo said, “but if he gets a little lucky out west and John can maintain him and do a few things then why can’t he be a stallion?”

Betz Thoroughbreds paid $205,000 for the session’s top-priced broodmare, Indian Gardens, in foal to Maclean’s Music. Consigned by Hill ‘n’ Dale Sales Agency, agent, the 3-year-old daughter of Pioneerof the Nile is out of champion Indian Blessing, by Indian Charlie.

“She stood out in Book 4,” Donato Lanni, Director of Bloodstock Services for Hill ‘n’ Dale Sales Agency said about Indian Gardens. “She is pretty and pretty sells. We wanted her to be a star and she was a star in Book 4. There are a lot of people shopping for mares, especially young mares. She sold herself. She is out of a champion mare, and she is beautiful.”

The top-priced weanling is a filly by Kantharos sold to Pink N Blue Stable for $160,000. Hunter Valley Farm, agent, consigned the filly, the first foal of the winning Warrior’s Reward mare Cassidy’s Reward. She is from the family of stakes winners Shine Upon, Tiz Time to Shine, Notice Me and Kona Way.

The November Sale continues Wednesday at 10 a.m. ET. The auction runs through Sunday with all sessions beginning at 10 a.m.