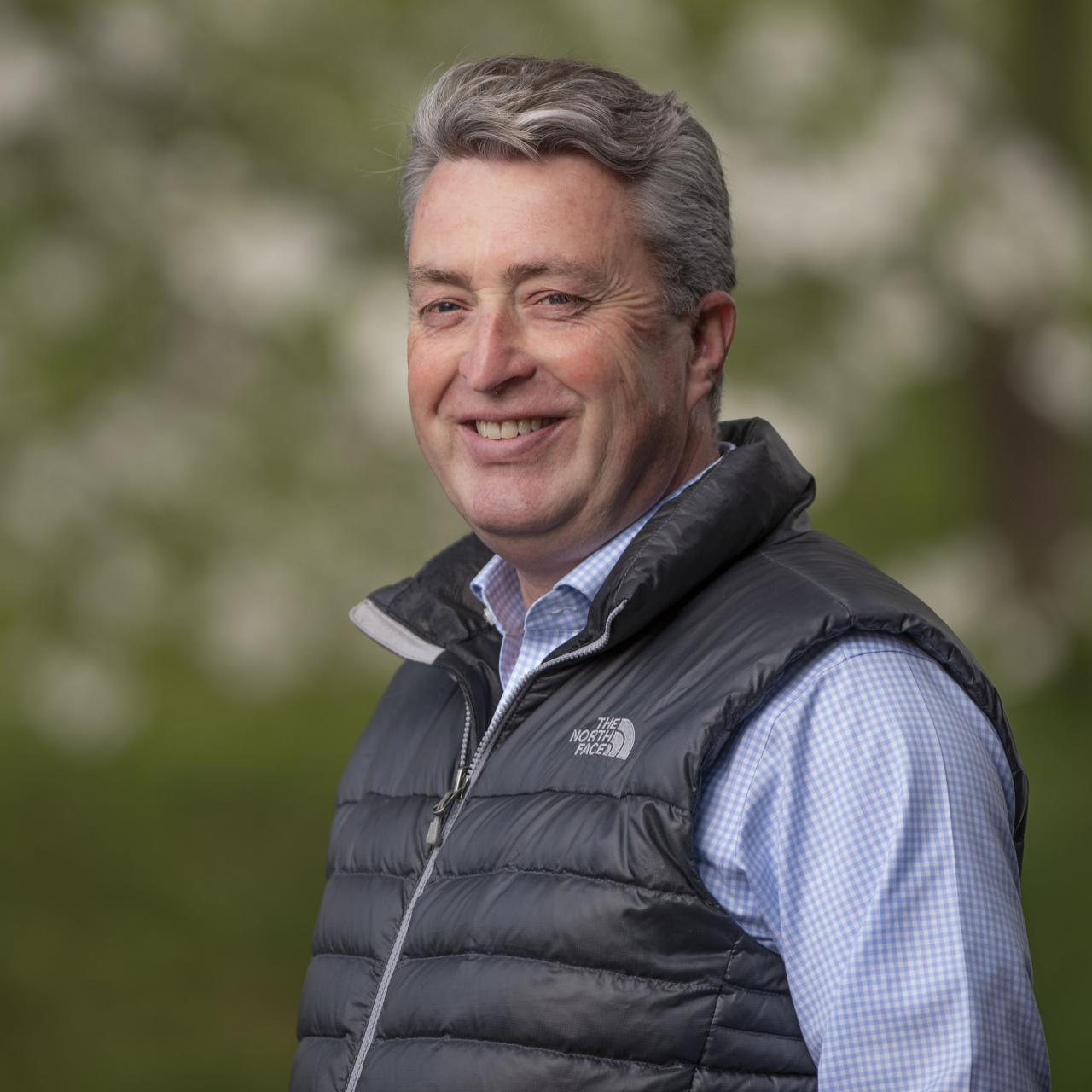 Tony Lacy joined Keeneland in 2021 as Vice President of Sales.

Tony Lacy brings a depth of racing and sales experience to his role as Vice President of Sales at Keeneland.

A fourth-generation horseman, Lacy began his career in his native Ireland as an assistant trainer to his father, T. F. “Tom” Lacy, a steeplechase jockey who came within a length of defeating the legendary Arkle in the 1964 Irish Grand National. Tony Lacy was a successful amateur jockey in Ireland for 11 years, competing on the flat and over the jumps against such riders as Aidan O’Brien and Willie Mullins.

Lacy further honed his racing expertise in Chantilly with trainers Emmanuel Chevalier Du Fau and Henri-Alex Pantall and was an assistant trainer for the Al Maktoum family with Erwan Charpy in Dubai. He gained valuable experience in U.S. sales and breeding through his work for the Greely family’s Wintergreen Farm and while overseeing sales horses for noted 2-year-olds in training consignor Jerry Bailey in Ocala.

In 2001, Lacy, along with Kerry Cauthen, helped establish Four Star Sales, eventually becoming a partner and developing the company into a leading North American consignor with a diverse client portfolio.

From 2008-2021, he served as the North American representative for the French Thoroughbred sales company Arqana. In that capacity, he has been involved in all aspects of the sales company, including the innovation of Arqana Online, and development of Arqana’s brand in the U.S. via marketing strategies and promotions in various mediums and actions.

Throughout his career, Lacy has advised and managed a number of racing and breeding programs, purchasing such group stakes winners as Pista and Nasheej for clients at Keeneland. He most recently helped develop owner Scott Heider’s boutique program into a dynamic stable in the U.S. and Europe. Heider bred recent Stonestreet Lexington (G3) winner King Fury and has campaigned such graded/group winners as Mia Mischief, Thoughtfully and Crossfirehurricane.

Reflecting his international background, Lacy has counseled and represented Emirates Racing and the Dubai World Cup in the U.S. He also advised the French Thoroughbred industry’s marketing arm, the French Breeding and Racing Committee (FRBC), as well as France Galop (French Jockey Club).

Lacy is the incoming president of the Thoroughbred Club of America and will be the first foreign-born president in the organization’s 89-year history. He also serves on the Board of New Vocations.

Tony and his wife, Kathy, reside in Lexington.