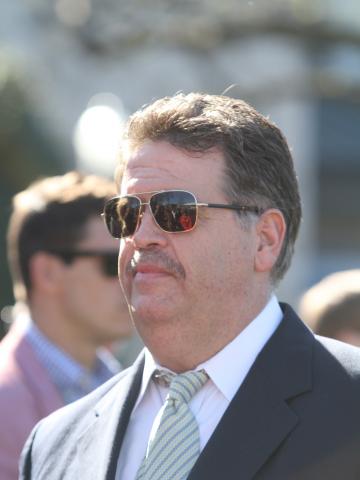 Recorded 2,000th victory Jan. 5, 2019, when he sent out Caroline Lois to win the fifth race at Gulfstream Park.

Dale worked for his father, trainer Jerry Romans, “from the time I could walk,” he said. “I did everything and was his assistant the last couple of years I worked for him.” Dale was 18 when he took out his trainer’s license.

The elder Romans, who trained on the Kentucky circuit for nearly 35 years, was the leading trainer at Ellis Park twice and at Turfway Park once. He died in November 2000.

Dale bought a 105-acre farm in Central Kentucky and offered his first consignment of four horses at Keeneland’s 2012 September Yearling Sale under Romans Racing and Sales.

His longtime partner is former jockey Tammy Fox, who is an exercise rider for the Romans stable. In 1991, she became the first female rider to compete in the Blue Grass, riding fourth-place finisher Big Courage.